The things people judge others on are often their own insecurities 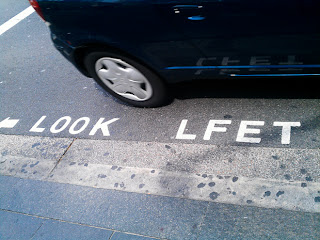 Bathurst and George, just outside of the food court on 580 George. Look left, then right, then lfet.

I've walked this way so many times before but never noticed this. At first I thought I must've just missed it, but it doesn't show up on Google Streetview, either. Either way, it makes me wonder if these actually work at all if no one notices, but then again, it's like wondering if anyone reads if no one notices the the extra words. Maybe everyone knows what it means, even if you don't pick up on the mistakes. 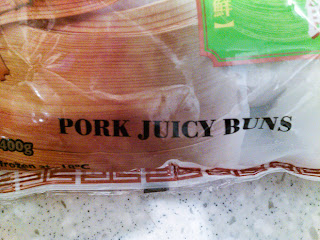 Half the fun of buying Asian food is the weird names that are given to them. Mmm juicy buns. They're actually filled with soup, and they're not buns, they're dumplings. I think the meat inside is pork. It's all the same, really.

Almost as good as "Hot pot ass", which really is an assortment of hot pot doohickeys. That's a technical term. 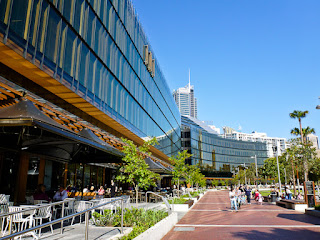 I don't even know what to call this place anymore. Is it Tumbalong park? I'd always thought the giant green area was called that. Anyway, this place has seriously changed. There are deck chairs and people sun baking. Sun baking! During work hours?!

There used to be a Gloria Jeans there (Yes, yes, I frequent them far too often) that I now only have a faint recollection of. I'd been quite sensitively told by a girl I was chasing at the time that things weren't going to work out. For an 17 or-so year old that had never been shot down before it was an interesting turn of events, but in hindsight, if I was still coming to grips with who I was at the time, it'd be a task for someone else to do the same.

Oh those little kiddies that think they're in love, when they don't even know who they are yet, but expect someone else to love them. Come to think of it, I know plenty of adults that are like that. 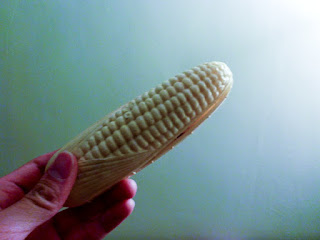 It's corn! Not only is it corn, it's ice cream! There's a place on Quay Street, just near Railway Square called Harmony Mart, which sells corn flavoured ice cream in a corn-shaped wafer-biscuit-cone thingit. I'm not exactly sure what it is, except I know I feel the need to express my excitement for it.

Probably the best part of buying ice cream from that place, aside from most of them only being a dollar, is that when everything is in Korean, you don't know what you're going to get. It's a culinary adventure in ice cream! 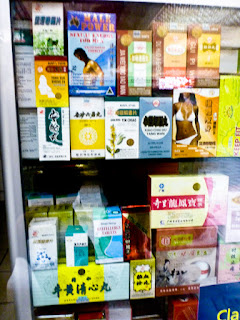 Over in Chinatown on Thomas Street is the Prince Centre. I always think of Katamari Damacy whenever I remember the name of the place. I've heard it called the Burlington Centre because of the supermarket downstairs that went by the same name, but that business shut down and the replacement Yen Yen Centre just doesn't have the same sort of ring.

It's filled with all sorts of weird shops and has the strangest ceiling. One of those shops is a Chinese herbal place, selling (if you can tell from the extremely blurry picture) "MALE POWER - Sexual energy for men", with a muscular man on the box and also "Hayfellery tablets", which has a giant nose. I hope I don't get picked up as spam now. 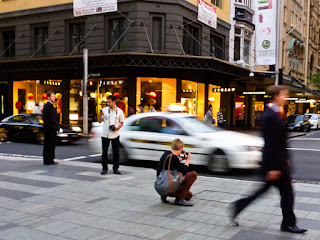 I'm always in two minds about what to do whenever I see street photographers. A part of me wants to go over and say hi, but another tells me to mind my own business and stop staring because you make people nervous when you stare at them, why are you still staring at them, oh God they've noticed you, just act natural, act natural.

So naturally, secretly taking photos of them and posting them to the web is much better. And oh so very meta. 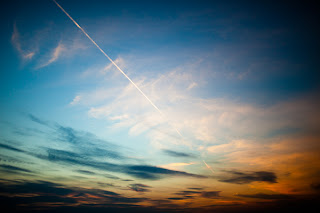 I went along to the inaugural Google+ Sydney Photowalk on the weekend. Strangely enough, didn't take many photos, but made a bunch of new friends. My Google+ network is no longer a ghost town and it's all very addictive to see what has been posted. Oh, so very clever Google.

This shot was taken from Observatory Hill. In all my time in Sydney, I'd never been there. It's actually quite pretty. It was pretty hazy that day and we didn't stick around for the light to get better. Some of the later shots from the group were quite impressive. 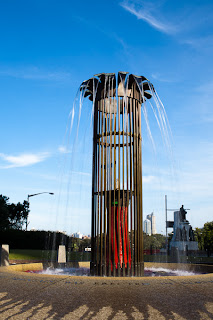 I know there's been Seven already, but I thought I'd throw in just two more from the weekend photoshoot. I lucked out on this one. I've got a horrible tremor, which makes any blurring from camera shake much more pronounced. I normally like to darken up the skies in my pics, but there wasn't any need to this time. Just inside the Botanic Gardens, near where Macquarie Street leads on to the Cahill Expressway. 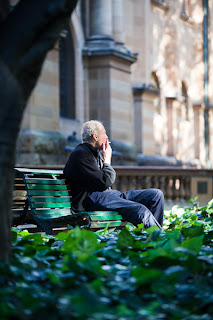 This chap was taking a moment out of his day and watching the numerous folk with their cameras taking pictures of all sorts of things. I used to wonder about taking a moment to have a smoke, but I found that when I used to, it wasn't a relaxing break at all; it was a rushed afterthought in between getting from A to B. I later found that I could do the same thing with coffee, when I used to hide on one of the top floors of a car park overlooking Crows Nest, quietly sipping away and watching the world go by.

Five minutes works wonders. I really think everyone should try five minute holidays every so often rather than burning themselves out.
Posted by M at 12:30 AM