We're actually really bad at figuring out what's good for us 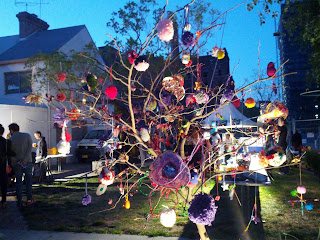 My suburb shut off its streets a couple of weeks back and decided to hold a party. I live in a place with a lot of art galleries, so it's not usual to have lots of arty stuff around. It's a bit of a strange feeling wandering around your own neighbourhood when it's been transformed this way. 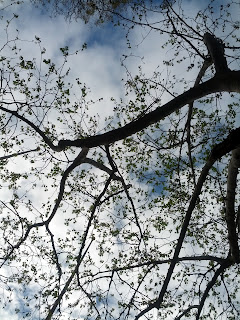 On the weekends I sometimes take an hour or so out and sit about in the city. There are plenty of spots to relax and giant trees that will share their shelter, if you know where to look. It's usually a moment to gather my thoughts, figure out what I'm doing and what I've done. Do it for a few weeks and you'll wonder how people go their whole lives without stopping for a moment and realising if they know what they're doing and how it contributes to them being them. 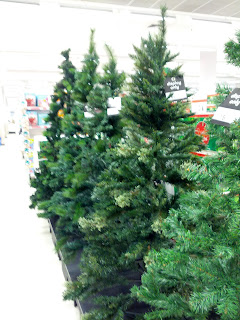 It's only October and these are up in my local shops. I guess you keep them in storage for most of the year, so you might as well break them out early. But for a whole quarter of a year? I dunno. 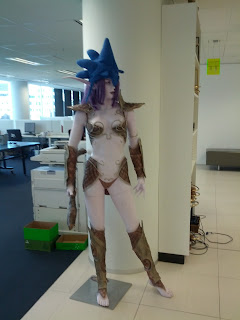 I walked into the office the other morning and some work colleagues were putting this Night Elf on its stand. However, the stand was behind a pillar, which I couldn't see, and they're surprisingly cumbersome to position. As a result, all I saw was my colleague humping it from behind next to a pillar. Not a good sight. I was a bit too dumbstruck, otherwise I would have taken a photo.
Posted by M at 12:35 PM