You might be the best, but if you never beat yourself, you'll never win.

Wow. Look who's been a lazy bastard.

I try to post on Mondays, but obviously that was just too freakin' hard this week, wasn't it? 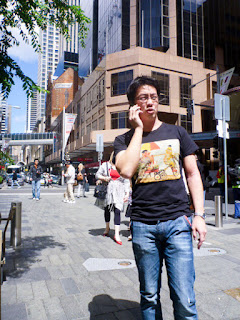 This is Billy. I used to hang out with him at all sorts of odd hours when I was at uni. We gave him a set of keys when I was housesharing and when I came home from the bar at 4am, he'd be clocking off from his pizza place. We'd sit on the stairs of my apartment eating cold pizza and drinking, talking about crap that boys talk about at that age. Then I'd have to stumble to class the next morning at 8am.

For some reason I did really well in those morning classes though, which was odd because it was my accounting elective. 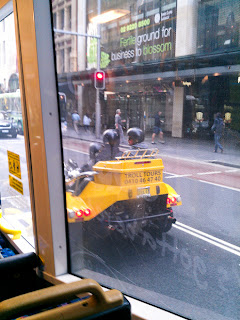 "Troll Tours". I saw these guys later the same day, heading in the opposite direction down George Street. I have a sneaking suspicion the tour operators tell them they're almost there then tell them it's all about the journey and not the destination once they catch on.

I often forget that most of society doesn't "get" internet memes. Makes for some awkward situations at times. Like now, if you don't get it. ... 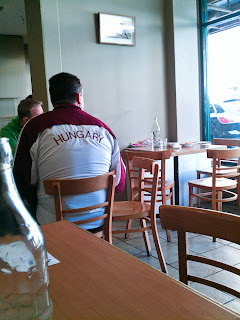 I was pretty hungry.

Actually, I associate this place with uni lunches. It's Thai La Ong on King Street, Newtown. Cheap food that doesn't taste like cardboard. 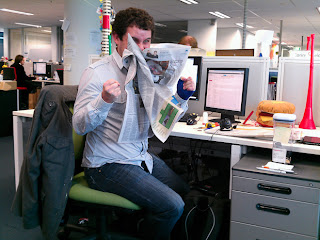 Speaking of cardboard, one of my co-workers took issue with The Australian one morning. I think he said it tasted like crap. I wasn't sure if he was referring to the content or the physical paper.

I often have no idea what is going to happen in the office with him around. Things could be spontaneously exploding into live chickens that shoot pillows out of their bums and it wouldn't seem too out of place. 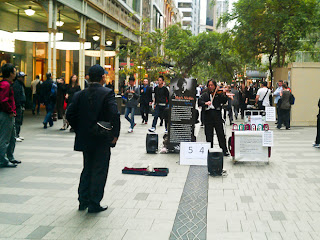 I get to travel down Pitt Street Mall quite a lot now after work. Now that there's more sunlight after office hours all the performers have come back out. They're pretty cool to watch, although I try not to since I usually don't carry change around with me to offer and I'm on the way to the gym.

It would be a nice place to just stand around taking photos for a while. I saw a chick the other day just standing around shooting with a 70-200mm -- a fairly conspicuous, large white lens -- and no one was batting an eye. This might've been a nice pic had it not been completely out of focus. I often curse at my poor eyesight. Focus-recomposition works poorly in street and I've never gotten the hang of very quickly manual focusing.

There is this thing called practice though. I've heard it works wonders. =) 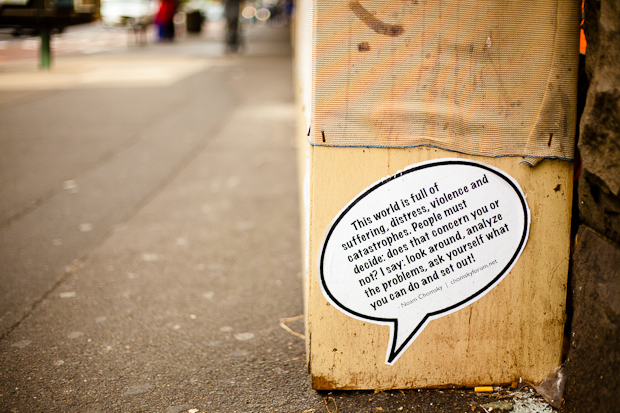 The message lays close to the ground. I wonder, did they do it so their message would likely last longer and possibly be read more, or did they not want it to be read by the unobservant? Is it ironic that the message tells us to look around, yet it's obscure?

Bit of a quiet protest, isn't it? Say, that reminds me of someone. Someone whose name begins with M and ends in ichael.

So, Seven for the week. I might have more than seven already for the week shortly ending, but I'll try to stick to getting them up on Monday. It's become a lot easier now that I have a small point and shoot that I've been carrying around, but I don't know if that's doing much in terms of actually creating better pictures. Either way, it's a different way to shoot Sydney.
Posted by M at 11:05 PM