Sometimes it's not what you do in life, but how hard you tried

It's been a week of returning to normality, with Queensland out of the way. The sun has been sticking around for longer each evening, meaning I'll soon have very little excuse to not shoot during the walk home from work. I should make a detour at least once a week, just to see what else I can discover. 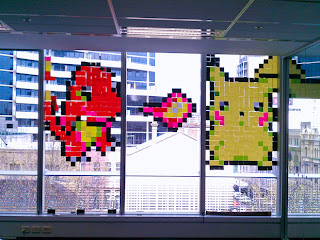 I'm not sure when this appeared, but it's awesome. It's made out of post-its. Reminds me of that office romance video that was all about post-its. Also reminds me of giant post-its that were used for project planning. Funnily enough, my stack of post-its on my desk have vanished. Bummer. 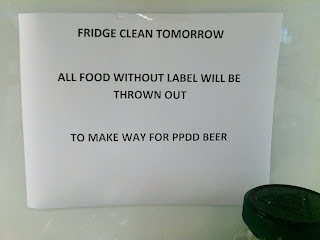 We have our priorities right at work. We throw out food to make room for beer. PPDD = Pre-pay day drinks. That's right, we spend our money before we get it! I'm becoming increasingly aware that my alcohol intake has skyrocketed since beginning work here. 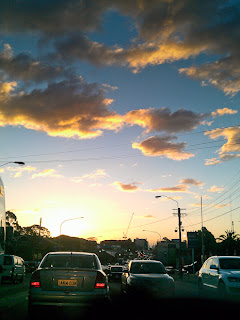 Stuck in traffic, but always with something good to look at. I visited my possible future in-laws on the weekend and was fed well. It was a very chilly day though, especially once the sun disappeared. 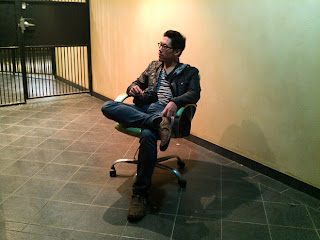 I was helping a friend clear out his house on Sunday and he decided to toss this office chair. So now it sits just outside his apartment's intercom for anyone to come along and sit on. Rather random, it is. I think that's also the first pic of me on this blog. 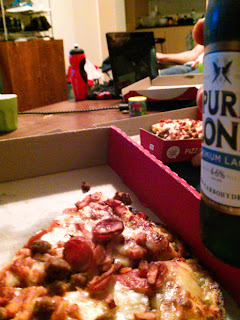 Sunday night in with the boys. We're horribly unhealthy. Beers, pizza and the F1 on the big screen. What a race. Huge crash on turn 1 right after Alonso gutsily slotted into the front of the pack, then Schumacher blocked Hamilton for about 25 laps. Michael Trollmacher, one of my mates said.
For some reason we also had a Nerf blaster. Was playing with that in my happy, tipsy state until my hand started to get sore from firing it. 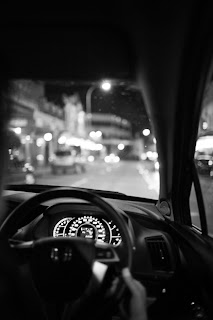 I've yet to pull off an interesting in-car shot. Perhaps the closest I've come is shooting out a window at a motorcyclist, but that's not really in-car. There's not really many options, it seems. 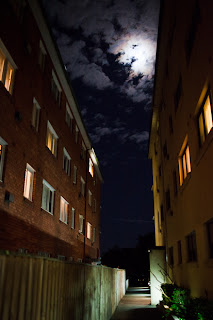 It's the mid-autumn moon festival also. I find it interesting that in many cases, people many miles apart can be looking at the same object in the sky. Then again, it's just a giant lump of rock in the sky, reflecting light from the sun.
Posted by M at 10:43 PM