Humiliation is only when you fail to laugh at yourself

It's more like one in Sydney, six on the Gold Coast this week. I was there for work, so I'll be posting up some of the pics that I was shooting for work. They know how to party up there, for sure. 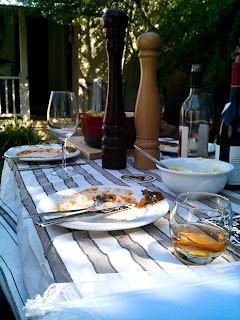 In the leafy back yard of a house in the inner-west suburb of Ashfield, we're celebrating Father's day. The Jess-dog is running around, doing the gardening, the kittens are sleeping under the bed in the house. We're all getting fat, fat, fat. I've been eating all week and I haven't been running due to a lack of time.
I feel like a pig. But a pretty happy one at that. 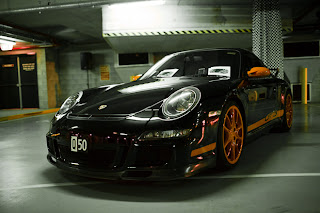 I love cars, but probably not as much as I used to. This here pic was actually taken under green fluros. I left some of the green in, but it often makes me wonder if others frown upon post processing? World Press Photos have corrections in them, so I don't feel bad correcting colour (which you need to do to RAW files anyway), and I never manipulate the pixels for editorial. 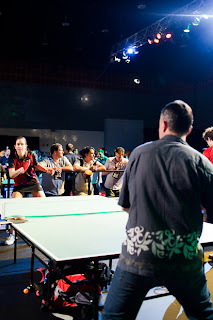 Ping pong. Unfortunately, I think this guy was way out of his league. They couldn't get a good match going, which would have been good to watch. One of the coolest things to watch is two pro ping-pong players going back and forth at it. Mesmerising, really. 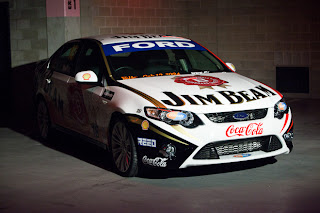 This isn't my lighting. There was lighting set up already, but no one was taking any photos next to the car. In fact, no one was around when I took this pic. A bit sad since it was set up nicely. 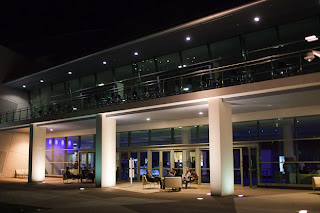 Outside the Gold Coast Convention and Exhibition Centre. Boy did the event organisers know how to host a party. Food. Everywhere. Alcohol. Everywhere. Games consoles, go karts, stand-up comedy, ball sports, free swag. It was a pretty hectic week for me, being thrown in probably over my head in my current position, but it was certainly a case of work hard, play hard. 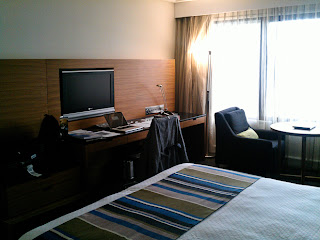 My desk for the week. The hotel was listed as five star, but I've been in lower rated places that are nicer. Which makes me wonder, who gives out these ratings anyway? Not that I'm complaining -- I love staying in hotels -- but half the time the ratings aren't comparable. First world problems, anyone? 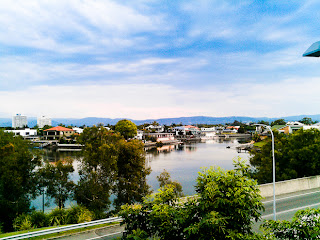 The Gold Coast is beautiful. Or so I figure. I didn't get a chance to visit the beach. Or the shops even. I think it's somewhere I'll have to visit again on my own time. I really do miss the travel.
Posted by M at 4:40 PM