Often times, the odds are good that the goods are odd

Last week vanished in a blur, so much so that I ended up only taking pics on my phone. They're a bit random of sorts, but I'll share a bit more of their story. 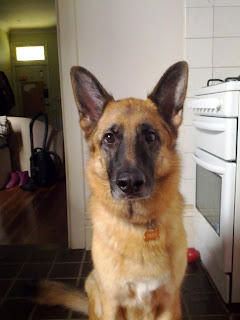 She should be a familiar sight. The Jess-dog turned four the other day. She's a big sook. When she was little we were all in a car accident and I think that's left a fairly lasting impression on her. We also always trained her to be more passive than remotely aggressive since any mistake on our part may result in her losing her life since most people see German Shepherd Dogs as dangerous.

It's always made me a little sad when I hear about dogs that bite someone and have to be put down. The truth is, they don't understand right and wrong. Dogs don't have a sense of doing something out of malice — they're just instinctual. So when a dog loses its life, it's not its fault — it's the fault of its owner. 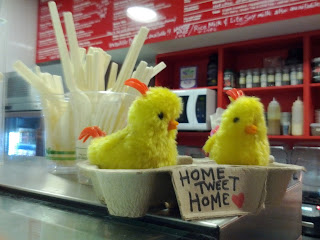 There always seems to be something interesting at my local gym. I don't talk much about the gym, but to be honest, it's something that's regularly on my mind. I took up lifting weights a few months ago and have been settling into a routine. Now when I'm not at the gym I randomly feel like lifting heavy things and I feel like I get gym withdrawal. But I wouldn't call myself a gym nut, and I'm not lifting weights that are all that heavy... yet.

Before last year, I wouldn't have stepped into a gym, believing you could do everything with bodyweights — push ups, sit ups, pull ups and the like. I guess I've been convinced otherwise now. 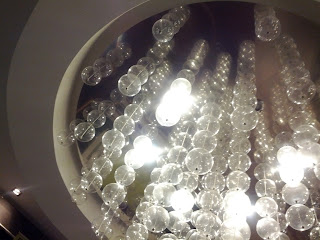 Over at the Guylian Cafe in The Rocks. I like shiny lights. In fact, I don't like room lights. I'd much rather a series of small lamps and individual spots to highlight things like bookcases and artwork. I think a small part of that comes from when I used to dabble in stage lighting. I spent hours upon hours reading up and learning about it, actually putting some of my electrical engineering degree to use.

To this day, I've always though it would be cool to build some LED lighting strips and program some controllers for all sorts of things, like transitional mood lighting at particular times of the day. Or hook them into motion sensors to automatically provide energy efficient lighting when needed.

I find it interesting whenever I see thing that actually take something functional and practical, and combine it with something that is actually creative and artistic. Lights tend to do that for me. 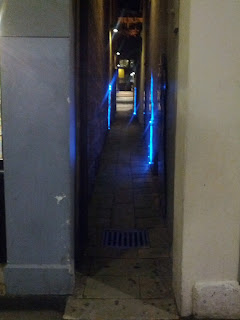 Also in The Rocks, I must have passed this alleyway a couple of hundred times but never noticed it for some reason. It's on George?, just near the old police station. I've always said that there are a number of small alleyways that one could spend hours exploring and getting lost in The Rocks, but I never realised how close to the main strip some of them were. 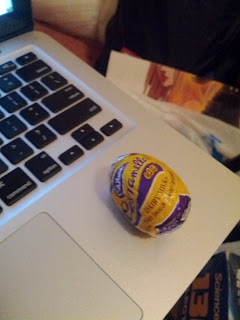 One year, a few days before my birthday, my SO sent me a letter, but didn't say who it was from. Inside were statements from people I knew, describing what I was like. The next day, I got another similar letter. And so on and on until it was actually my birthday. It's probably one of the sweetest things anyone has done for me, plus I'm a suckers for letters.

On the day of my birthday I received a parcel in the mail, which contained all sorts of things, including bubbles, a little bear and a Caramello Cream Egg. I'd mentioned that I liked them, but they were fairly hard to find at the time. Sentimental me kept everything, including the egg, until I had to clear out my old stuff from my parents place.

I never did get to eat it. And considering it's several years old now, I don't think it would've been a wise idea. 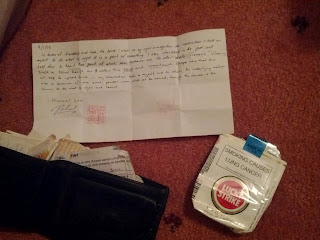 While I was clearing out my old stuff from my parents' place, I came across a number of things. An old, empty cigarette packet from when I used to smoke, and my old wallet which, among a number of receipts, a note to myself.

The gist of it is an explanatory note about a black ribbon I used to have tied to my arm. I don't remember where the ribbon came from, only that it was cut in half, with one used to tie my rather large journal, which I called "Genesis", shut. The other was meant to serve as a reminder to myself to always do the right thing, and by that I meant according to my religion.

The thing was, I was chasing a girl that, according to the rules of my religion, I should probably not be chasing. So really, to do the "right thing" was to deny myself of any feelings I had for her. Which made everything pretty distressing and really wasn't fair for either of us. I can't say that I regret my decision — it's just a decision that had to be made either way — but I do often wonder what else we do in our lives with good intentions, without realising we're fucking up something special. 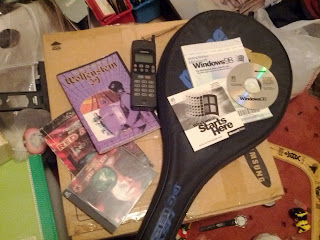 How's this for a blast from the past? I was a big PC gamer back in the day, racking up hours upon hours on games like Command and Conquer: Red Alert and Wolfenstein 3D. Of course, I'd always cheat, which just made games much more funnier when nukes could be launched from pistols and dogs could fire laser beams or something like that.

There's also my old Nokia phone, and an actual legitimate copy of Windows 98. I have no idea why I decided to put my tennis racquet there. 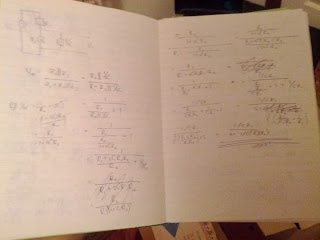 This probably didn't turn out very well, but I found my old university lab notes. I have no idea what the hell is going on here anymore asides from trying to figure out the voltage across a certain point, but apparently I got the right answer as evidenced by my "woot!" note.

The lab book was one of several books I found that day. I wrote a lot when I was younger and before the internet gave us blogs. One such journal was an account of expeditions I went on when I was in high school.

That's another great thing I like about these hikes. I like to write a lot. In fact, I once considered taking it up as a career. But in our lives there are too many distractions. Too much to persuade your thoughts from what they are. That why I like the bush. There aren't houses or cities or rooms to clean or other things to do. There's just what nature intended.

It's funny how when I read everything I write, I go from a cringing in embarrassment to realising that some of the simplest things I held true when I was a kid still apply today. I did end up taking up writing as a form of a career and I still love to hike for the simple reason that it gives me time to close my mind off from everything else.

Sometimes, I guess the best person to turn to when you're uncertain, is the little kid inside you.
Posted by M at 12:21 AM