Another week, passed in a blur.
I managed to take a lot of pictures this week. I visited a datacentre that had just opened and also went about taking headshots for a volunteer organisation on the weekend. It's only Saturday, but I think I'm going to be buggered tomorrow. For once, an early seven. 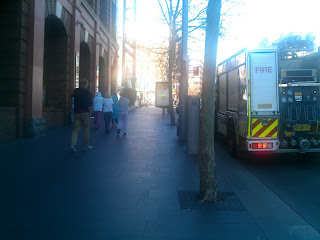 Walking past Wake Up! while heading into the city one morning, I happened to be there just as fire trucks were pulling up. There were a group of bleary eyed young girls who had just stumbled out of the fire escape and on to the street in their pajamas and wrapped in blankets. I don't think anyone else in the building really could give a damn.

That would probably be me too. What? I'm on fire? At least it's warm in bed. Another five minutes. 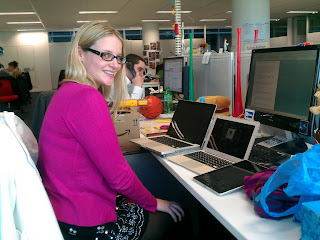 One of our sub-editors at work looking at a selection of our journo's devices. She's why what appears on the site looks amazingly clean. I feel bad for when I hand her horrible copy or when what I write makes no sense. (Like on this blog, I really don't care for flow or sometimes making sense.) If journos worry about people not seeing their by-line, I think they should stop for a moment and think about their sub-editors who only get an obscure mention (if even that). 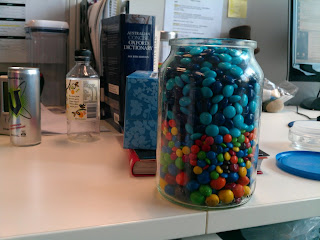 On our chief sub-editor's desk: motivation in a jar (also diabetes in a jar). I had a lolly jar once, but it kept emptying faster than I could fill it, so I gave up. 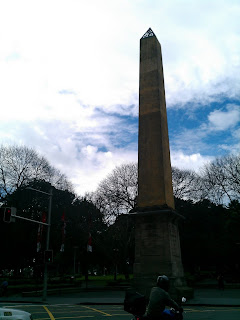 I'm sure I must have taken a picture of this before. Somehow I manage to take pictures at exactly the wrong moment. Doubly curious since my phone has a bit of a delay before it actually takes the picture. I wonder if anyone has ever climbed in their drunkenness. Is drunkenness a word? I think our sub-editors would take me aside if I ever used it. 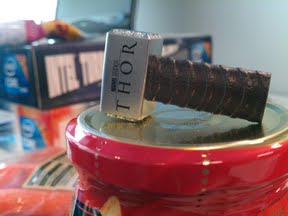 Wow, just realised there's a lot of work-related photos this week. I suppose it's only natural when you're there most of the time. One of my colleagues received this in the mail. It's a USB stick! It's actually pretty heavy considering its size. Disappointingly, it's only 1GB. 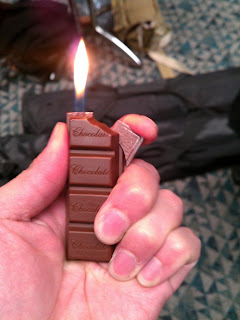 One of my friends' awesome chocolate lighter. Makes me hungry just looking at it. When he handed it to me, he told me that three people had already tried to eat it. So I tried also. 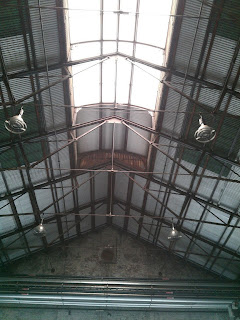 I spent a fair bit of today staring at this while waiting for people to get ready between photo sessions. It was over at Australian Technology Park. There's awesome amounts of light, old machinery, old trains, all sorts of things. The male toilets are a bit weird though. Something weird about peeing into a plastic, waterless trough.
Posted by M at 10:33 PM