Bit of a cheaty week

I'm cheating this week with two photos that never made the Seven previously, most likely because I forgot about them, but perhaps because I had more than seven that week.

My excuse? I was horribly bed ridden this week and didn't place a foot out of the house on the weekend. Still feeling rather bleargh, but hey, you gotta roll with the punches. 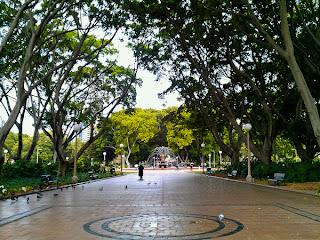 I took this a while back, on the way to the Mint for some event launch. I love Hyde Park, but I rarely ever visit it. I once had a "very serious talk" with a girl I was chasing at the time and ended up in the park afterwards (at least I think it was Hyde Park. My head was a little every where that day). I often wonder where I was sitting, when I think back to it.
The fountain on the other hand, is where I met my friends one New Years Eve. Not the best meeting spot since everyone meets there, and doubly worse on that night, with so many drunken people around. 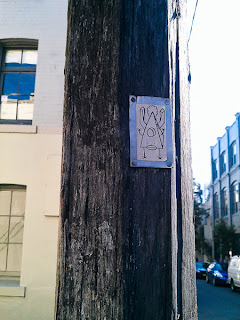 I was off on my way to Newtown a few weeks back, most likely to eat pie, and saw this down my street. There's quite of lot of this stuff around, if you know where to look. It gets taken down pretty quick, but it also goes up again just as fast, but with as much variety. I never know quite what to expect when I step outside. 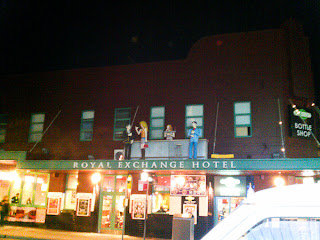 Sending my sister off to Europe the other day, I never realised there's a bar on top of this bar. Then again, I never really hang around Marrickville. Or pubs for that matter. 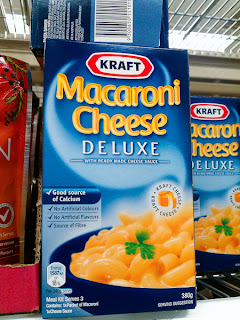 Oh, Mac and Cheese. What's better than it? Mac and Cheese Deluxe. I can't figure out what's so deluxe about it aside from not having to make the cheese sauce yourself. I mean, how do you fancy up Mac and Cheese anyway? Add more cheese? 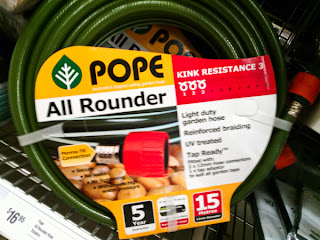 My SO had a giggle when she saw this. It's usually the sort of thing I would laugh at, but I was probably still trying to figure out the marmalade thing. Poor pope. Not that resistant to kinky-ness. At least he tried. 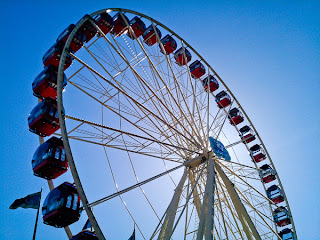 Over in Darling Harbour, this ferris wheel still stands. I thought it was only going to be temporary, but it's probably been there for a few years, I'm guessing. Such a strange place to put it though. Whenever I pass by, no one seems to be on it. I really wonder if there's anything worth seeing from that height though.

Come to think of it, I haven't been on a ferris wheel for years. Maybe it's time. 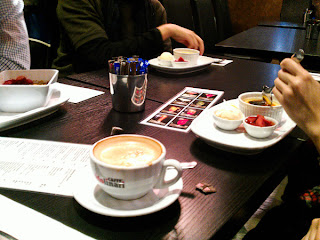 Aero Cafe on George. This is one of those places I'd probably rather not tell anyone about. It's a nice place to come after a meal for a bit of dessert, or a cup of coffee. Most people don't really know about it for some reason, so there always tends to be quite a bit of space. Their lunch and dinner menu doesn't look too bad though.

In other news, I dug out my old Polaroid Impulse AF that has been gather a bit of dust. Going to see if I can get a bit of film for it and try something different.
Posted by M at 10:34 PM