A week of variety

The weekend of the 16th and 17th was all about me shooting for an anime convention called Smash! -- my more "serious" pics are floating around on Flickr. It's cheating a little to include an image from the previous week, but I made sure not to include any Smash! photos then. =) Anyway, I thought the people on the internet would recognise this guy. 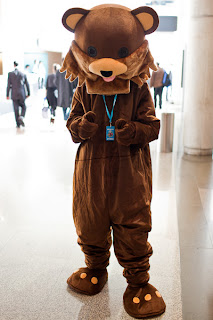 Also found myself making my way across to St Leonards to attend a talk. I hopped on a train at Museum station. It must have been about ten years since I last saw it since I'm never on that side of the City circle. It's really a lovely place. Something about having everything underground. I guess they don't call it Museum for nothing. 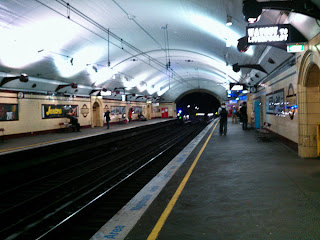 A relaxing Saturday morning spent out in Ashfield at my sister's place. For some reason we both live in old Victorian-style houses, although hers is in much better condition (and I presently wonder when my bathroom is going to collapse). Equally odd is that we both live in streets named after royalty. 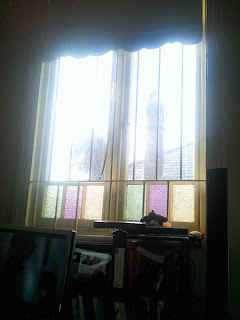 I'm not sure exactly where I was for brunch on Saturday, but I sat outside in the cold with my coffee. I've become so used to Campos that it's a bit of a weird feeling drinking anything else, but this wasn't bad. I liked the tiny teddy. Although he lost his foot. Why is that? When I was a kid I always got the teddies with no arms or legs. 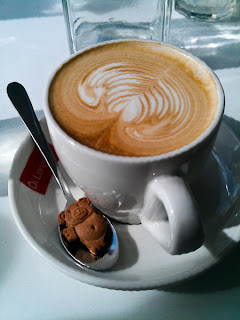 Spent some of Sunday catching up on some chores, but also cleaned up the liquor cupboard and added a new bottle of Jack, not to brush my teeth with. Jack Daniels is one of the only drinks that makes me depressed. Everything else makes me a happy drunk, but Jack? Better watch out.

Don't ask me how it's related, but I also somehow ended up at Ikea and bought not one, not two, but three lamps. One is still sitting in its box. I surprise myself sometimes. 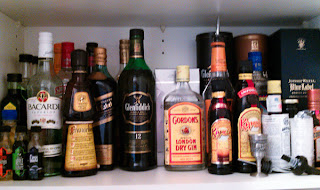 And the inner geek in me took a pic of my computer while it was processing Smash! photos on Monday evening. My specs aren't great, but they're so much better than before. It used to be a case of clicking export and coming back after a cup of coffee or tea, but it's much faster now. 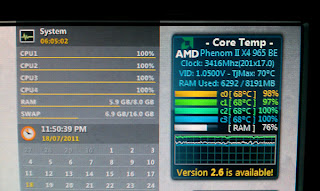