It's been a fairly productive week. My camera has been following me around practically everywhere (or is it me following it around?) and I've been a bit more daring when it comes to taking street pics, despite the strange looks.
What I've found though, is that people really don't notice you so long as you've been there for a while and even if they do notice you shooting, it's really easy to just continue looking down the barrel and looking at something else.
I also saw my mentor mid-week. To be honest, when I was on my way there, I felt horribly drained, wondering if the path I'd chosen was really the right one, but after the session, I felt so much more on track, so much more inspired. Anyone that wants to succeed needs a mentor, I think, or at least someone that will put you back on your feet when you're feeling like you don't want to go on.
In the Devonshire Street tunnel, there's a lady that often sings opera. She's been there for as long as I can remember, sometimes singing alongside other people, other times just by herself. I've often wanted to busk in there, but a combination of nerves and being recognised have always stopped me. Christine on the other hand, is completely at home, although she said the first few times were the most scary.
The day I spoke to her was the day she lost her job. She'd been busking for the past five years purely for the fun of it, almost twice a day, so she joked she might have to step that up a bit. She talked about people who would walk past and mock her, but then wouldn't have the courage to stick around, let alone do it themselves.
As we were talking, I also met Kelly, a quiet-spoken American girl who I think had recently come to Sydney. Some of her uni friends were busking simply to try and get those few extra dollars to make ends meet. I'd always thought it was interesting that people often mistook buskers as glorified beggars. Most buskers I'd met didn't need the money. Christine was an example of someone who did it purely because she loved to sing, but after hearing Kelly's story, I'm sure there are some out there that are using busking to make ends meet.
I guess it goes to show, even when you think you've got it all figured out, life turns around and surprises you again. 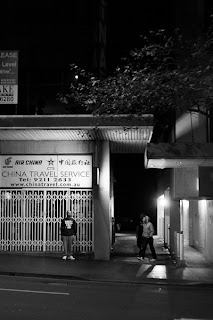 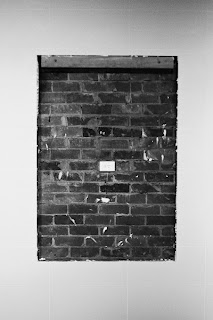 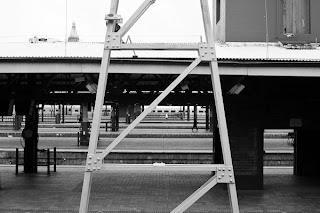 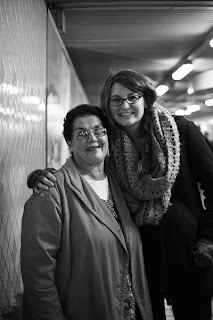 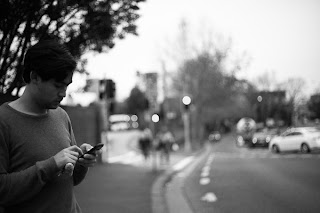 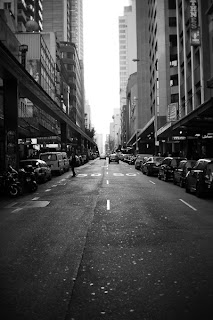 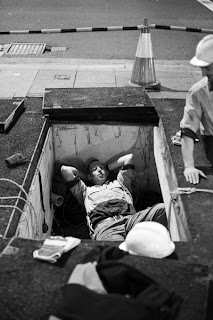