I've been really excited about starting at my new job, so a lot of these pics are those from my new workplace. 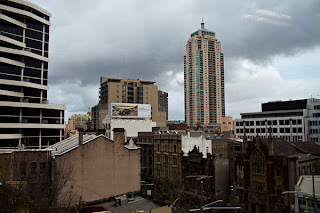 I'm not way up in a tower, but there's a reasonable view from the nearby window. As long as I have some light, I'm pretty happy since I don't really stare out the window much. 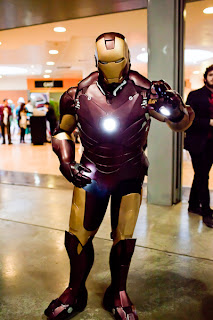 I met this chap on the weekend at Supanova. Sweet get up. I can't even begin to imagine how long it must've taken to make. 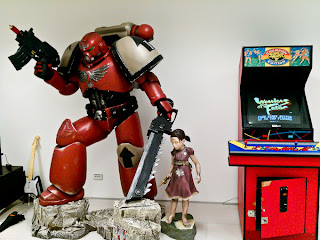 At work there's a Space Marine! Foursquare tells me I should hug him because he gets lonely, but I'm yet to do so. Also Street Fighter, but I sucked when I was a kid, so I'm going to assume I still suck. 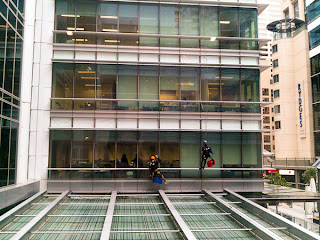 Window cleaners are making their rounds around the building. We thought it might be funny to shoot them with Nerf blasters, but thought we should be a bit more responsible. Right. 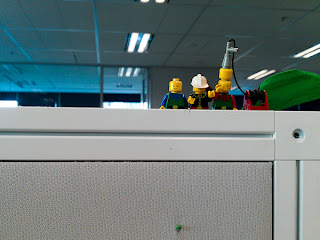 Left from my predecessor, I have no idea what's going on here, but only noticed them after my first week had passed. 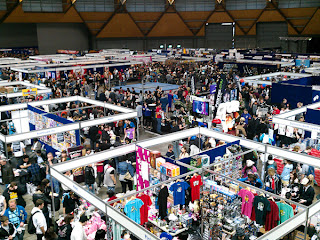 The view from above Supanova during the weekend. I wrote a write up on my blog if you're interested. 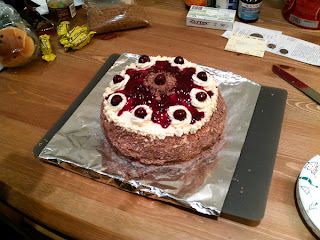 Cake! My significant other made an awesome cake for my Dad's early birthday. Tastes and looks super awesome!
Posted by M at 9:22 PM